Hello! I didn't realize it has been quite a while since I've blogged. We went through a very stressful time last year with a move that we were not expecting. For a while we didn't know if we were going to be able to find a place to live. The rental market in So. Cal. is ridiculously high and not many houses to rent. We finally found a place towards the end of last year. The move was so rushed that four months later we are still unpacking and figuring out where everything is and goes. 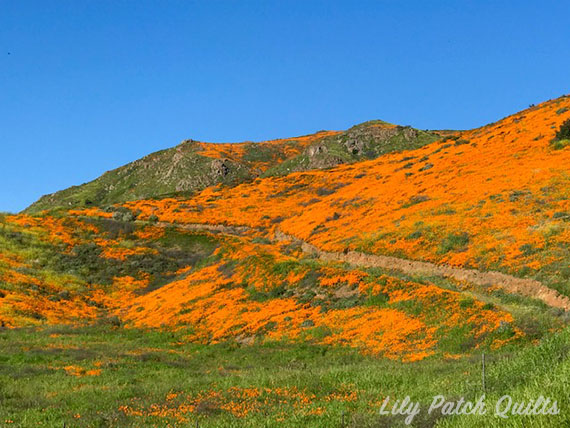 During this time, I was working a lot so I wasn't able to help as I would have liked. I am still working long hours hence not a lot of quilting going on. We have been carving out bits of time to go and spend time together as a family as much as possible. Recently due to the rainfall in So. Cal. the poppies were blooming like crazy in Lake Elsinore. It littered the hillsides as we drove up the 15. The super bloom even made it in the national news and they called it the "Poppy Apocalypse". I have lived here for many years and this is the first time I've seen the poppies bloom like this. 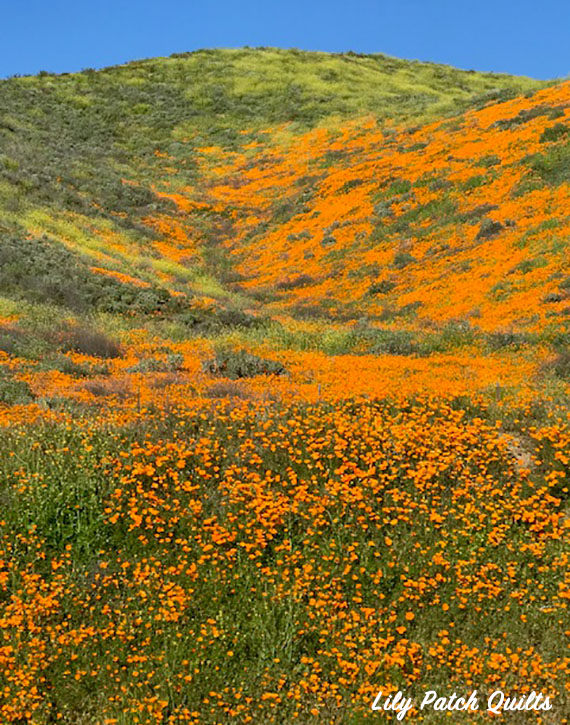 The traffic was horrible getting into the canyon but once there we were able to quickly find a good parking spot hiked up the canyon to look at the blooms and take photos. It is just amazing to see all the poppies in one place. 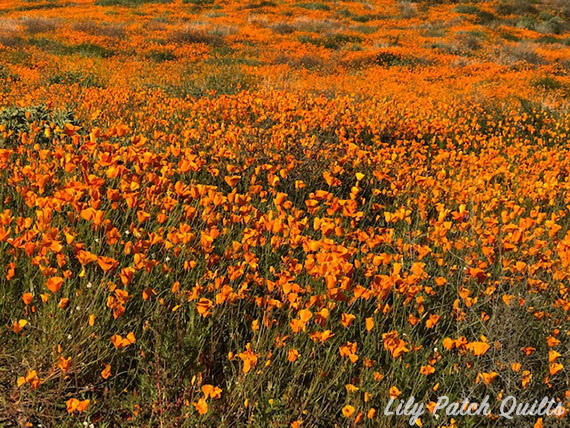 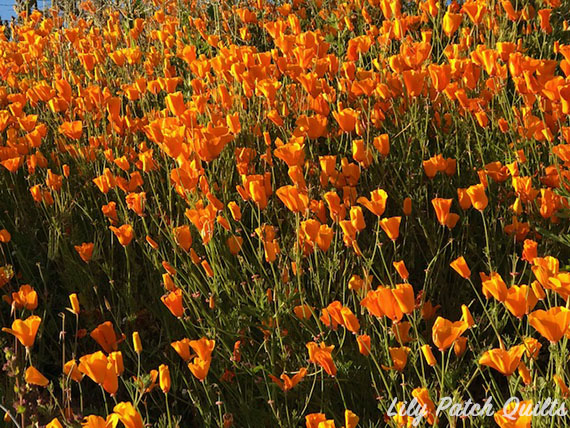 I also was able to get my son's Eagle Court of Honor done with a lot of help from some wonderful people. I took his t-shirts and made a t-shirt quilt for him so he can have something to remember all of the adventures he went on during his scouting years. I'll share the whole quilt as soon as I complete it. I haven't been able to get to my quilting machine because there are all sorts of stuff piled on the quilting table.
Anywho, that's a bit of what's going on around my neck of the woods lately. 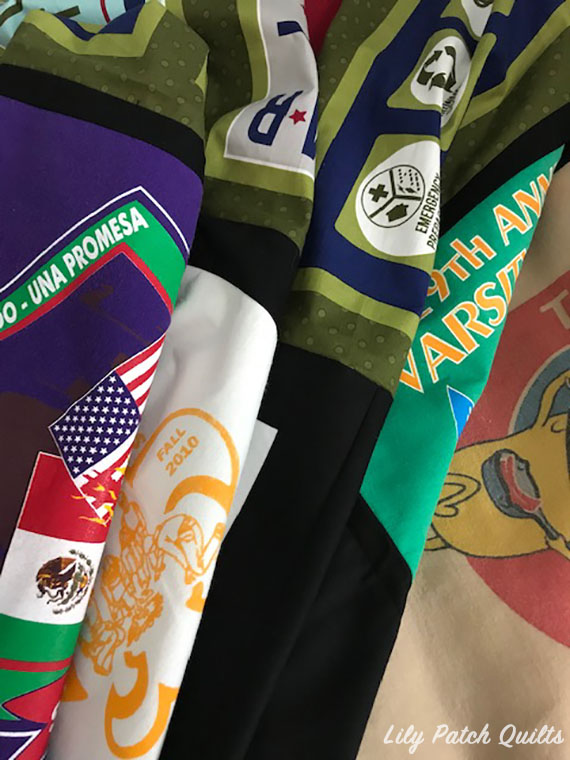 Welcome to Sunny Southern California. Glad to know you found a place to live and now are able to get out and enjoy the poppies and other joys of the area. Beautiful pictures. Thanks for sharing. I opted to avoid the crowds but would have loved to have gone hiking and enjoy the colors. Your photos are the next best.

Hi Kim, wow you have had a busy time indeed... I hope you & your family can settle in quickly & get used to your new home.
Fantastic poppy pics there, what a stunning display from nature. I really don't know much about plants or flowers & have never actually heard of yellow poppies, only red ones.
You take care & I'm sure that sewing will be back on your daily schedule really soon x

Wow! The poppies are spectacular! My aunt and uncle lived in Lake Elsinore when I was a kid, so it is nice to see such gorgeous photos of the hills there. I hope things are starting to settle down a bit for you and that you can get back to quilting soon :)

The poppies are beautiful. I'm sorry to hear of the stresses of moving but happy that you all found time for family time and fun. Congratulations to your son...any you, on his Eagle Scout rank. Being an Eagle Scout mom myself, I know what an accomplishment it is for him. The t-shirt quilt is a great idea. I look forward to seeing yours.

Moving is so stressful, but rushing a move and trying to find a new place is really over the top stressful. I'm glad you found a place to live and hope that things settle down so you can get back to more enjoyable things like quilting. Those poppies are amazing!