Aurifil BOM May and June

I took a break from sewing the Wishes Along BOM to catch up on Aurifil's BOM. I am only two months behind. As always I made two of each block and keeping with the purple theme. This one is Amy Smart's block called Nine Patch On Point. 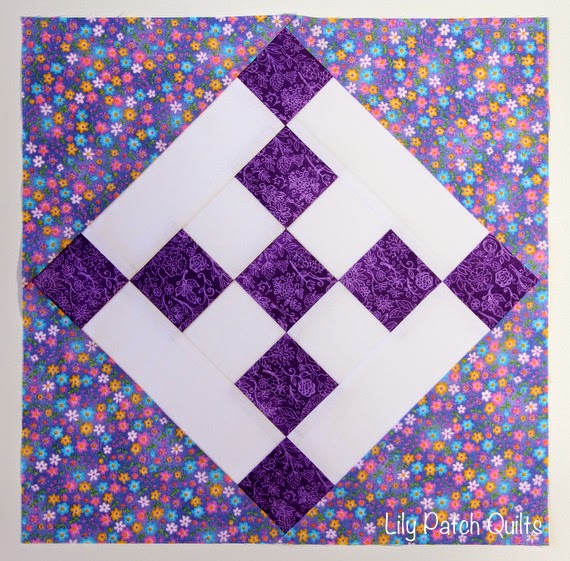 On this second block I used the white confetti fabrics to change it up a bit. This is another fun and quick block to sew. 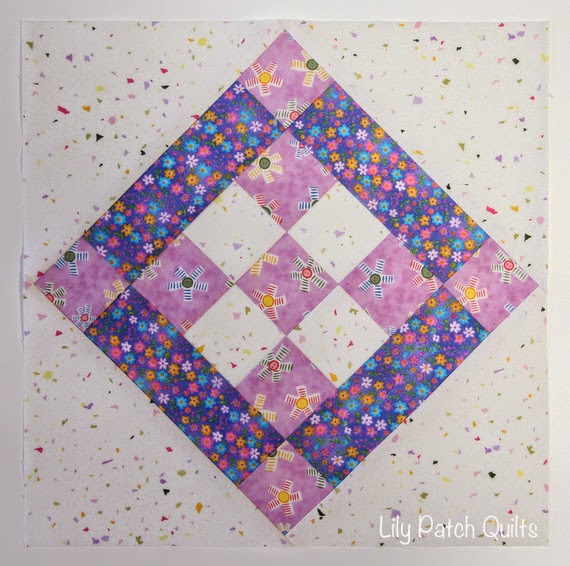 This is June's block called Chain Link. I have to say, as I was sewing this block and the Wishes Along block, it dawned on me that they are pretty much the same except for the change in each of the corner. 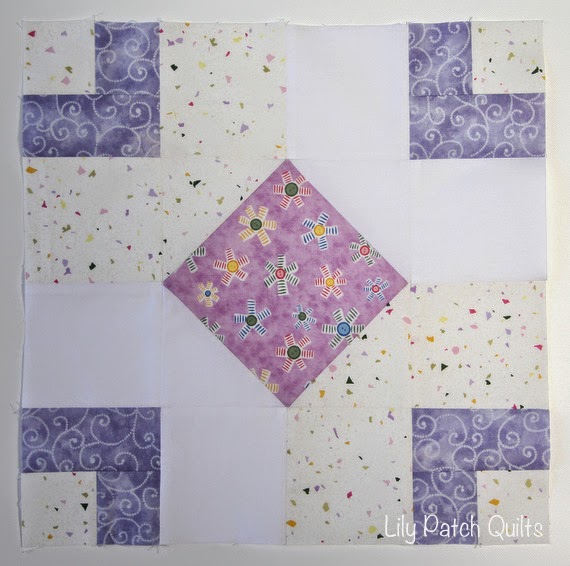 Wow you've been sewing up a storm Kim! Gorgeous blocks, & I do love the purples... well done!